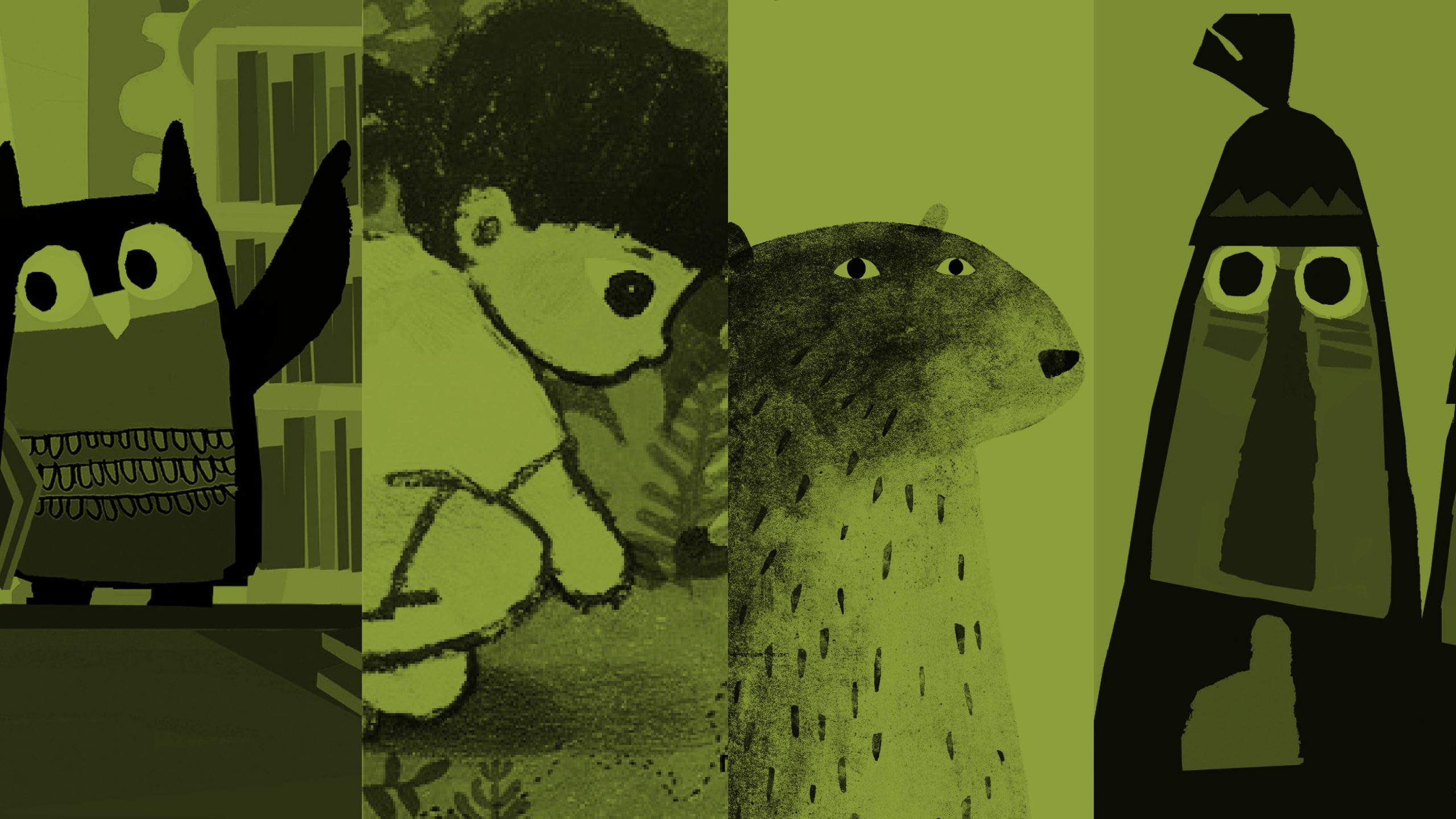 Shh! We Have a Plan

Join us Friday, 5 November, from 1.30pm-6pm, for Shh! We Have a Plan: A Deadly Serious Symposium on the Playful Art of Children’s Literature. The symposium will feature interviews and panel discussions with children’s picturebook illustrators and writers – such as Chris Haughton, Daishu Ma & Jon Klassen – as well as industry professionals and academics.

Presented by MoLI in partnership with Children’s Books Ireland

Please note the tickets to attend in person are now SOLD OUT but the full event can be watched live online.

1pm Registration (in person only)

– Big Stories for Little Citizens: Bringing Picturebooks to Life on the Stage

Branar are a theatre company for young audiences, based in Ireland and touring nationally and internationally.

– Playing with the Page: Picturebooks and Animation

Chris Haughton, Simon O’Connor and Sarah Webb in conversation with Elaina Ryan, CBI about the creation of MoLI’s current exhibition on Haughton’s work.

Session 3: In the Bones of Us: Creating Art for Children

We ask our panel to reflect on their creative practice and why they create picturebooks.

Picturebook author/illustrator and ex-UK Children’s Laureate, Lauren Child recently called for attitudes towards children’s books to change, criticising the “lazy” assumption that “creating work with children in mind is easier or less demanding”. She says “The experiences of our early years are in the bones of us”.

4.45pm to 4.55pm Presentation of the Annual Children’s Books Ireland

This award is made to an individual or organisation in recognition of an outstanding contribution to children’s books.

Chris Haughton is one of the most exciting names in picturebooks working today. He describes himself as an illustrator/writer, as for him the pictures always come first.

Born in Dublin in 1978, he studied design at the National College of Art and Design and for many years worked as a freelance designer and illustrator, while also travelling extensively, especially in Asia.

An advocate for fair trade, he set up Node, a rug company run by local crafts people in Kathmandu, Nepal. Many of the rugs are based on his own designs. He has also designed an app, Hat Monkey and has created animations about climate change.

His debut, A Bit Lost was first published in South Korea in 2009 by Borim Press in board book format. It went on to be published throughout the world and has won many Irish and international awards.

Daishu Ma is a Chinese author and illustrator working in London. Having lived in China and Europe, Daishu wishes to create stories that transcend borders. Daishu’s first book, Leaf is a graphic novel for all ages, since then she has written and illustrated several children’s stories, as well as collaborating with other writers to create original stories from China and beyond.

Her books have been translated into many different languages around the world. Daishu is passionate about science communication and has worked with renowned scientists to bring science to a younger audience. Daishu’s latest book Pangolina is a collaboration with primatologist and conservationist Dr Jane Goodall about critically endangered pangolins.

Rowan Oberman is Assistant Professor of Global Citizenship Education at the Institute of Education, DCU and Co-Director of the Centre for Human Rights and Citizenship Education. She has over twenty years of experience in development, intercultural and environmental education in both formal and informal education contexts. She has developed and taught undergraduate, post-graduate and continuing professional development courses in global citizenship education and climate change education including on the DCU BEd programme and the DCU Masters in Climate Change. She has written numerous educational resources including Creating Futures, an online resource providing innovative climate change lessons for senior primary classrooms and Just Children, a story-based global justice education programme. Her research areas of interest include children’s literature and picturebooks, children’s rights, climate change education and global citizenship education. She is currently completing a PHD at UCD on the role of picturebooks in inquiry-based climate change education. She is a qualified Barrister with expertise in human rights and family law.

Sarah Webb is an award-winning Irish children’s writer. Her books include Blazing a Trail: Irish Women who Changed the World (illustrated by Lauren O’Neill) and A Sailor Went to Sea, Sea, Sea: Favourite Rhymes from an Irish Childhood (illustrated by Steve McCarthy), both winners of Irish Book Awards.

She runs creative writing clubs for young writers, reviews children’s books for the Irish Independent, and programmes children’s and family events for book festivals and MoLI (Museum of Literature Ireland). She also works part-time in a children’s bookshop.

Passionate about bringing children and books together, Sarah was awarded the Children’s Books Ireland Award for Outstanding Contribution to Children’s Books in Ireland. In 2021 she curated the exhibition, Purple Squirrel: The Stories of Chris Haughton for MoLI (Museum of Literature Ireland).

Her latest novel for children is The Little Beekeeper of Henrietta Street (illustrated by Rachel Corcoran), set in 1911.

Jon Klassen is a Canadian writer and illustrator of children’s books and an animator. He won both the American Caldecott Medal and the UK’s Kate Greenaway Medal for children’s book illustration, recognizing the 2012 picture book This Is Not My Hat, which he also wrote. He is the first person to win both awards for the same work. This Is Not My Hat is a companion to Klassen’s preceding picture book, I Want My Hat Back (2011), which was his first as both writer and illustrator. Both books were on the New York Times Best Seller list for more than 40 weeks; by April 2014 one or the other had been translated into 22 languages and they had jointly surpassed one million worldwide sales. Both books were recommended for children ages 5+ by the Greenaway judges. Klassen’s “hat” trilogy was completed with the publication of We Found a Hat (2016).