MoLI hosts a programme of events across the museum, including performances, readings, talks and workshops. Join our newsletter below to hear about upcoming events, or become a member to benefit from advance booking. 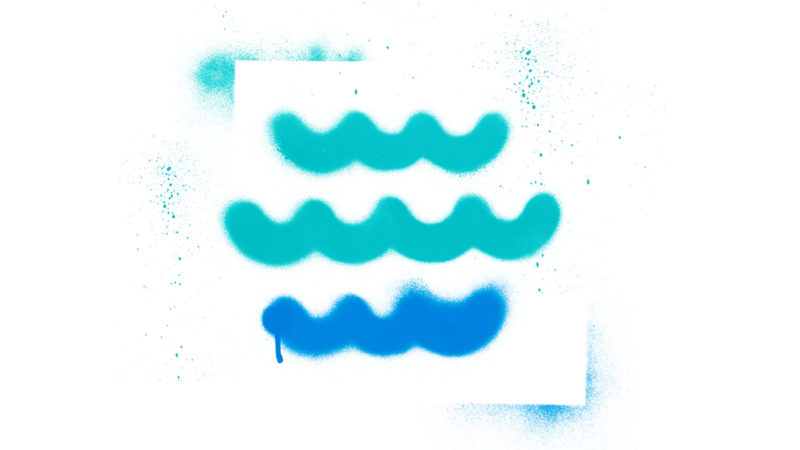 To mark a century of Ulysses, three of Ireland’s most innovative arts organisations and practitioners – ANU, Landmark Productions and MoLI – have joined together to present Ulysses 2.2, a year-long, nationwide odyssey of creative responses to the 18 episodes that chronicle an ordinary day in the life of Leopold Bloom. 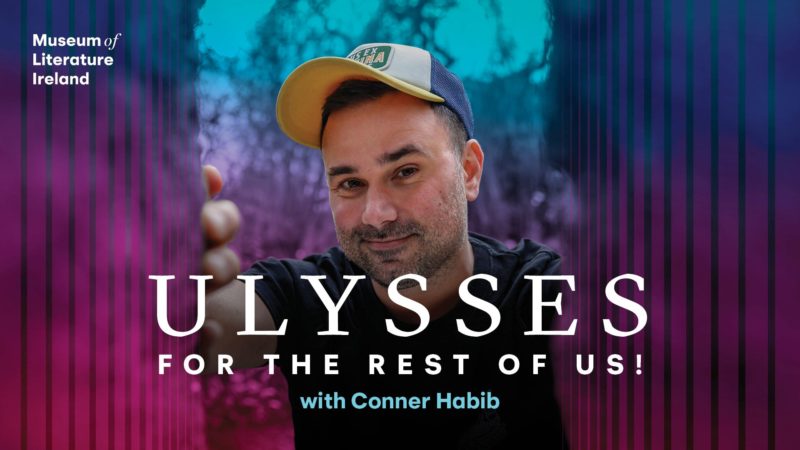 Ulysses – for the Rest of Us! finale

Join us on Thursday, 29 September, at 7pm for the finale of the Ulysses – for the Rest of Us! book club, which will take place here in MoLI! Don't worry if you cannot make the in-person session, the event will also be live-streamed and recorded and made available to book club members. For this session, Conner will be discussing episode 18 and we are delighted to announce that he will be joined by writer Nuala O'Connor.

If you would like to join the book club and catch up on previous sessions, just click here. 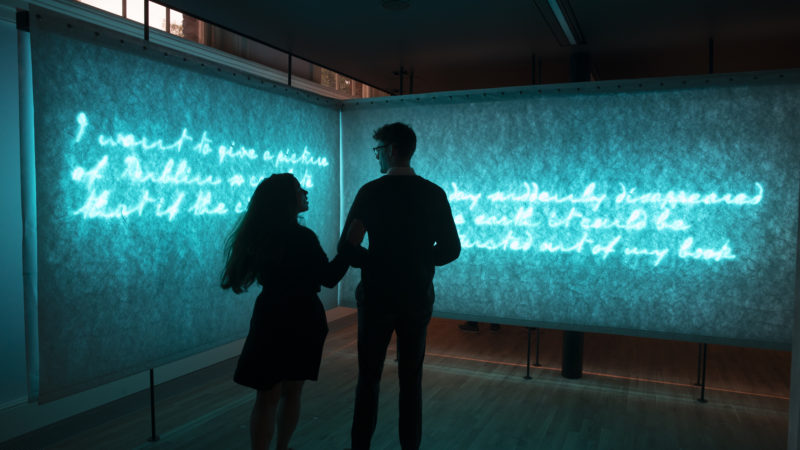 Join us on Friday, 23 September, from 5pm to 11pm (last admission 10pm) for Culture Night! MoLI will be open late with free admission and a range of programmed events including readings, performances and much more. 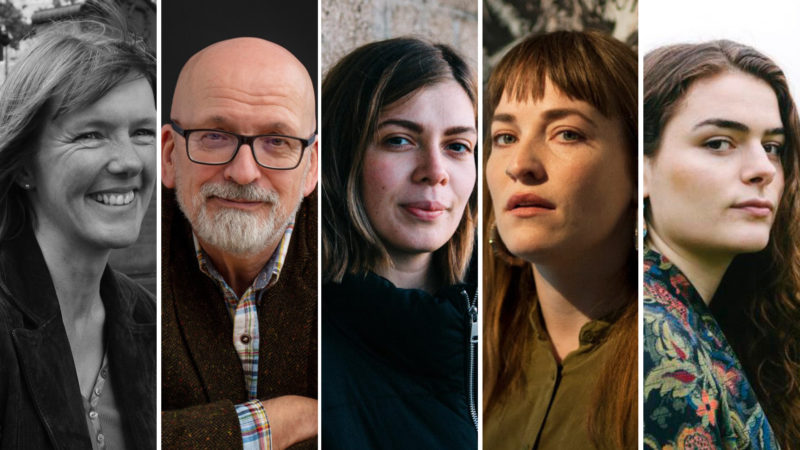 This event is now sold out.

To coincide with our exhibition Literary Cities: Edinburgh, MoLI is hosting a series of four events at the museum in April, May, September and October, featuring some of the most important established and up-and-coming names in Irish and Scottish writing and music.

Our third event in the Myth/Story/Song series takes place on 22 September at 8pm in MoLI. Inspiring Places and People will focus on the importance of place and landscape in writing and song, and will present writers and musicians who are deeply inspired by their native soil. The event will feature writers Kathleen Jamie, Leyla Josephine and Roddy Doyle in conversation, alongside Scottish piper Brìghde Chaimbeul, who will collaborate with Irish folk singer Radie Peat (Lankum) on new works, as well as performing music from their catalogues.

Kindly supported by the Scottish Government in Ireland, the British Embassy, and Ebow, the digital agency. 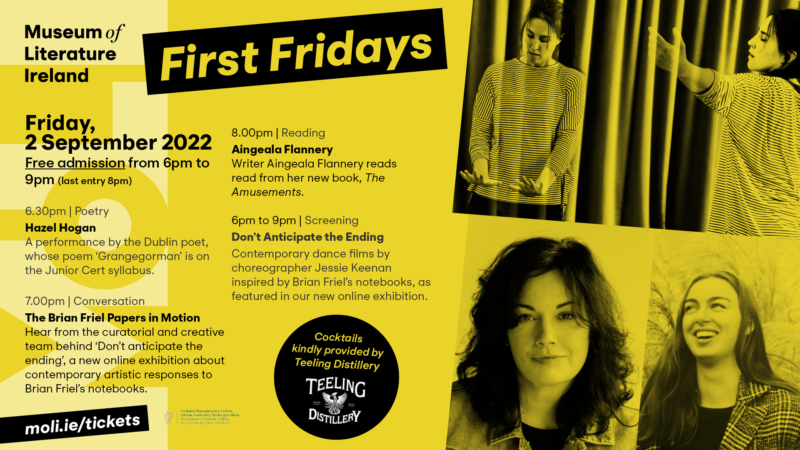 Join us on Friday, 2 September, from 6pm for First Fridays! We have a busy programme in store, including the launch of our new Brian Friel-inspired online exhibition., Don't anticipate the ending, which includes a conversation with the creative team behind the exhibition and a screening of the films from the exhibition. We will also have a reading by writer Aingeala Flannery and a performance by poet Hazel Hogan, as well as complimentary cocktails from 6pm, kindly provided by Teeling Distillery.

This event is supported by The Department of Tourism, Culture, Arts, Gaeltacht, Sport and Media as part of the Night-Time Economy Support Scheme. 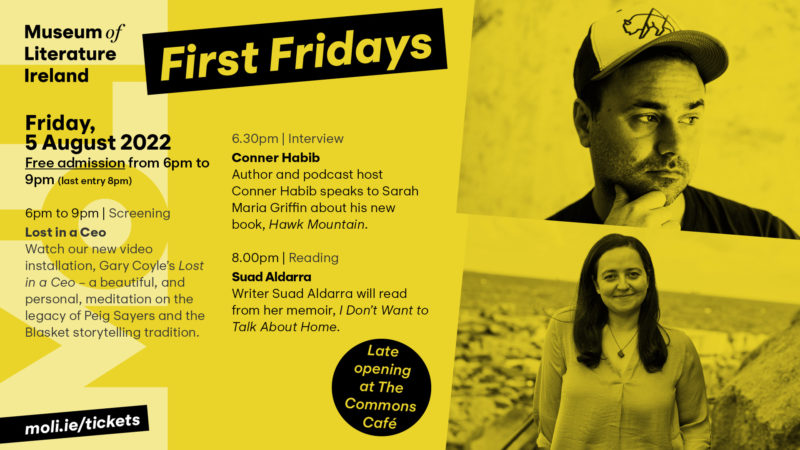 Join us on Friday, 5 August, from 6pm for First Fridays! This month we have some very exciting pop-up events, including an interview with Conner Habib, who will be in conversation with Sarah Maria Griffin about his debut novel Hawk Mountain and a reading by writer Suad Aldarra who will be reading from her remarkable new memoir, I Don't Want to Talk About Home. It is also a great chance to catch our new exhibitions, Into the Island, which focuses on Peig Sayers and the Blasket storytelling tradition, and Lost in a Ceo, the accompanying video installation by Gary Coyle. The Commons Café will also be open late.

Please note all events are limited capacity and first come, first served. Your ticket does not guarantee entry to the events, just to the exhibitions.